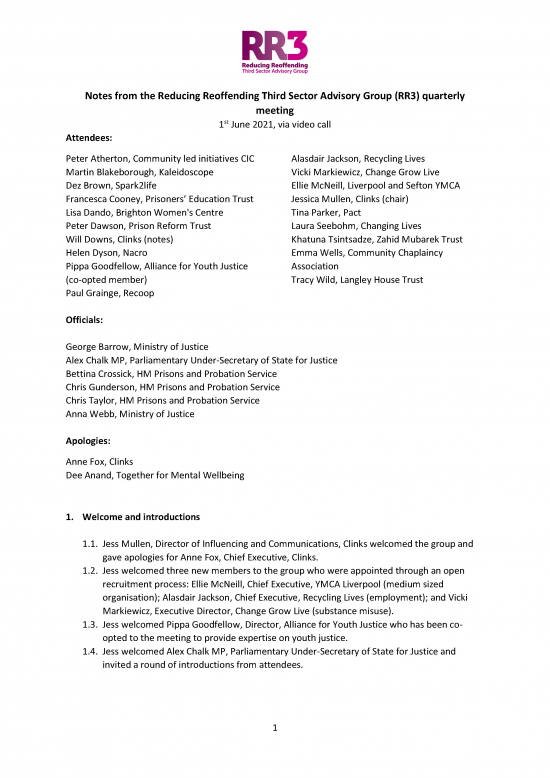 These notes summarise discussions held in the meeting of the RR3 quarterly meeting on 1st June 2021.