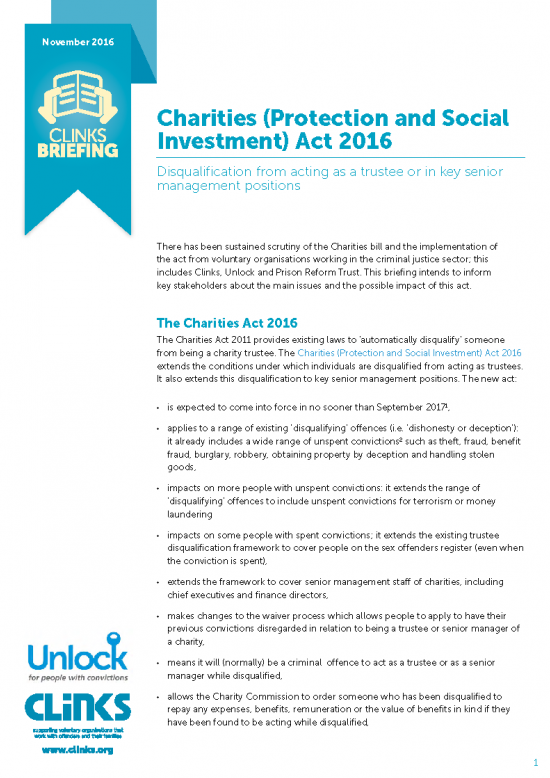 Disqualification of senior managers and trustees with convictions

In April 2017 we expect the new disqualification powers under the 2016 Charities Act to start. These powers allow the Charity Commission to disqualify people (i.e. prevent them) from holding senior management positions, or from being a trustee of a charity, if they have certain criminal convictions. There will be a waiver application process. Clinks, Unlock and the Prison Reform Trust did ask for changes to the legislation, and we continue to advise the Charity Commission on how these new powers might impact the sector, their current and future employees and trustees. Voluntary organisations need to understand the impact of this legislation, that's why we will be producing guidance with Unlock in early 2017. This briefing summarises what the disqualification is, some of the issues we have with it, and what we are doing to support the sector.